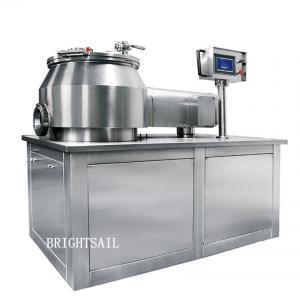 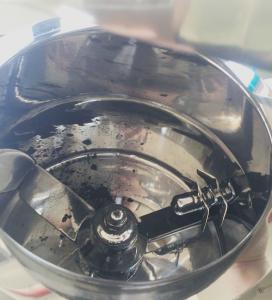 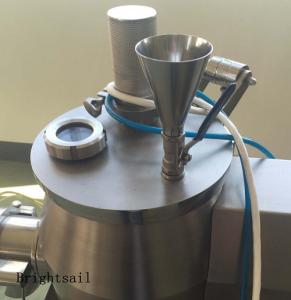 Our BSSF High Speed Mixing Granulator can be Applied in trades such as pharmaceutical trade, chemical trade as well as food trade etc, more exactly shown as follow: Mixing of powder and powder, Granulation of powder and bond.

1.The process consists of two programs including mixing and granulating.
2.Powder metrical can be charged into the material pan from the conical hopper and continue to rotate in the container under the action of mixing blade once the hopper is closed. In the meanwhile, all materials grow up the shape of liquid bridge under continuous effects of conical tank wall. Under the action of extrusion, friction as well as crumb by blade and conical tank wall, all material is gradually turn for loosen. At last , while opening the hoper outlet, waterish particles are pushed off under the centrifugal effects of blade.
3.These soft particles are formed not dependent on forced extrusion effects, more exactly; mainly these small and uniform particles are formed after continuous cutting under the simile-liquid state. in all, this machine can realize the mutual transformation between different materials.

Features Of Grinding And Mixing Granulator:

1) With consistent programmed technology ( man-machine interface if option selected ) , the machine can get assured of stability in quality, as well as easy manual operation for convenience of technological parameter and flow progress.
2) Adopt frequency speed adjustment to control the stirring blade and cutter, easy to control the size of particle.
3) With the rotating shaft hermetically filled with air, it can prevent all dust from compact.
4)With a structure of conical hopper tank, all material can be in uniform rotation.The tank is laid with an interlayer on the bottom, in which water cooling circulation system featuring higher thermostatic performance than air cooling system is furnished, which leads to improve the quality of particles.

5)With automatic lifting of the pan cover, the tank outlet matching with drying device, self-equipped arm-ladder, it is easy to operate.
6)Mouth of material outlet has changed Into arc-shaped, avoiding up dead spaces. 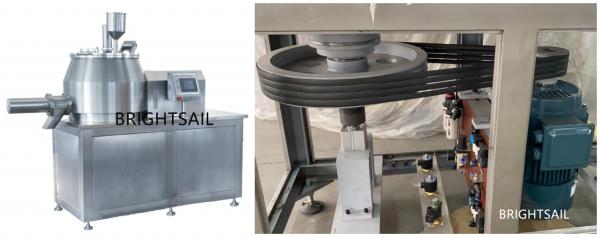 FAQ:1) Q: How do you pack your machines?
A: If it's a small machine, it's packed in wooden cases.
If it is a large machine or many machines, we will take the container, we will split the machine into several parts, then wrap the machine with wrapping film, and then fix it in the container with wire rope to prevent them from shaking during transportation.

Thank you! Your message has been sent to the following suppliers.